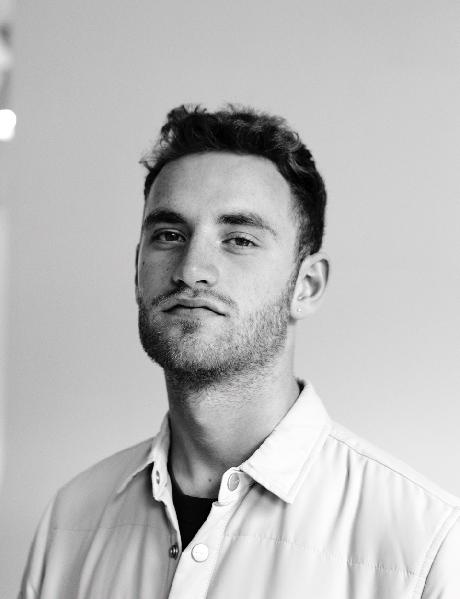 Tom Misch is fast becoming the staple artist on every young 20-something’s Spotify playlists. A multi-instrumentalist working from his bedroom, Misch has since catapulted to glory in recent months, his cult following resulted in a sold out night at Birmingham’s O2 Institute. His fusion of jazz and R&B beats attracted a far more diverse crowd than I anticipated, the room buzzing with excitement waiting for him to grace the stage.

Beginning with ‘The Journey’, a track from his popular 2015 EP Beat Tape 2, the look on his face was one of both shock and wonder. Despite selling out this tour, including two consecutive evenings at London’s Roundhouse, it was clear from the get go that Misch is still bowled over and getting to grips with his popularity. The wondrous smile across his face as he played this first track set the tone for the rest of the night, the happiness spreading through the room as rainbow lights danced through next cut, ‘Colours of Freedom’.

With a discography like Misch’s, the entire night was spent waiting with baited breath for what was going to be played next. So many of his most famous tracks feature other vocalists, notably friends Loyle Carner and Zak Abel, and at times it felt something was missing with the notable omissions of ‘Beautiful Escape’ and ‘Water Baby’. The latter in particular was a surprise, especially as Misch played most recent single ‘It Runs Through Me’ without De La Soul, opting to play through this verse with some improvised guitar riffs.

However with the introduction of his sister Polly, ‘Movie’ was an emotive highlight. The siblings’ harmonies were note perfect and portrayed the track’s poignancy with a delicate beauty. Throughout the evening, Misch also invited his friend and fantastic saxophonist Kaidi Akinnibi on stage to play the smooth and sensual ‘Follow’, and later their 5 Day Mischon track ‘Everybody Get Down’, causing the crowd to get their groove on and have a dance.

The night also gave Misch the chance to showcase some new material, ahead of the release of his long-awaited debut album Geography next month. Joined on stage by support act Poppy Ajudha, unfortunately the track ‘Disco Yes’ fell flat, my main recollections of the song being more of the colourful stage set than of the track itself. ‘Tick Tock’, an instrumental track full of licks and tricks, was a far superior number, and I am hopeful his debut features more of its kind.

Misch has made it no secret that he is heavily inspired by J Dilla, following perhaps one of his strongest tracks to date, the groove-tastic ‘South of the River’, with a medley of pieces inspired by the American producer. With each and every track, you could see the passion and concentration on Misch’s face, the love for the music he makes oozing out of him with each line and riff. In particular, his voice was crystal clear, and I would argue his gorgeously smooth vocals were even better live, a feat I did not think could be achieved.

Ending the night with an encore made up of just one song, ‘Watch Me Dance’, we marvelled at Misch jamming with his fabulously talented band. Although the venue was crammed to the rafters, we were still able to get our boogie on and dance our way home.

[Originally written for The National Student]