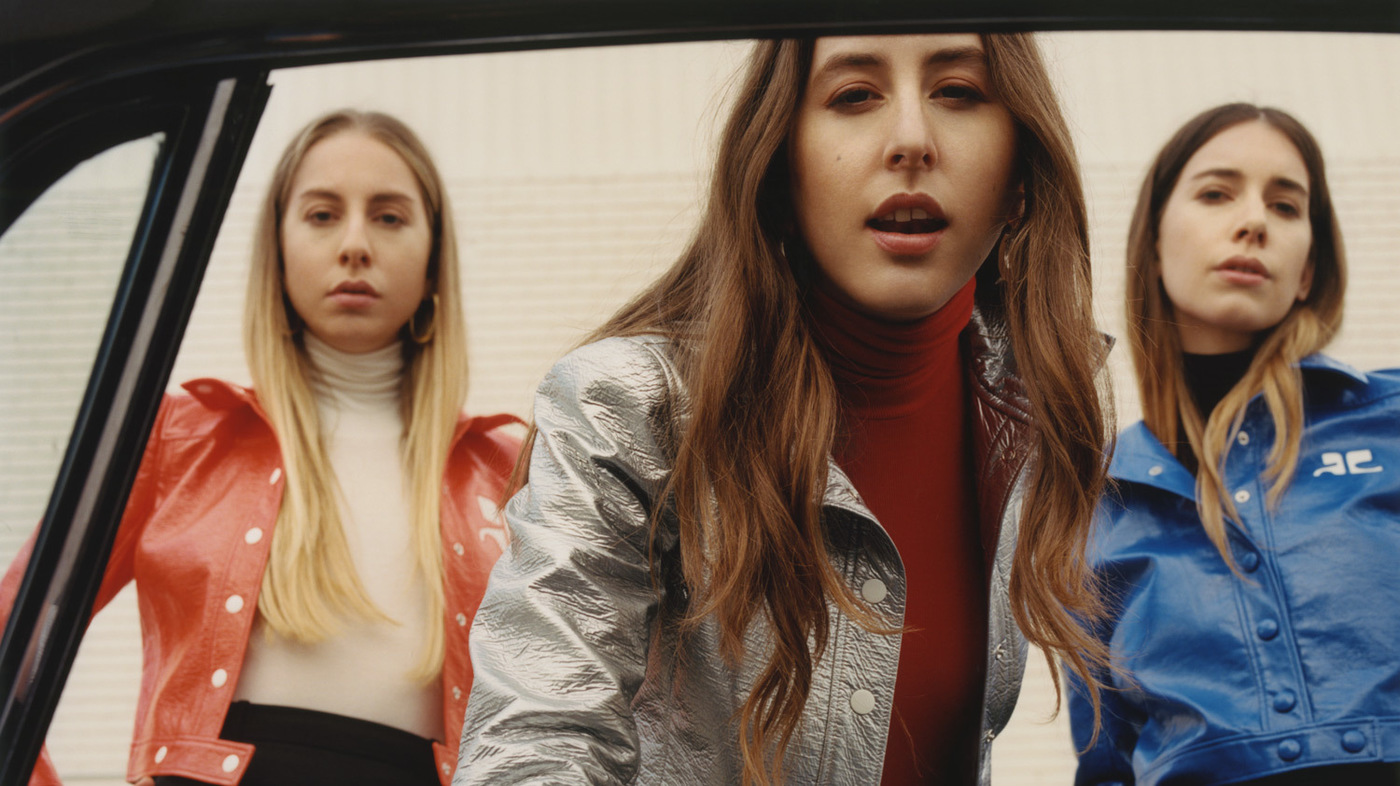 It’s been a long four years, but the wait is finally over: the HAIM sisters are back with their sophomore release, Something to Tell You. Being hailed as a breezy, soft-rock revival, the album sounds a far more polished, glossy effort, which is hard to believe given the high production value on their 2013 debut, Days Are Gone.

While it doesn’t deviate too much from their previous style, perhaps the most noticeable difference is the deeper root in the retro style the sisters adopted on their debut. The polished effect on this record could be argued is a result of their links to acts such as Taylor Swift, Bastille and Calvin Harris. Collaborations and friendships with more people within the pop-chart bubble could have changed their direction, however they seem to have maintained their cool, laid-back style. This is most evident on tracks such as ‘Little of Your Love’, a slice of retro-pop summer heaven, and ‘Nothing’s Wrong’, bass-tastic with several 70s-inspired guitar licks that Fleetwood Mac would be proud of.

The first taster of new music from the trio came in the form of ‘Right Now’, recorded live at Valentine Recording Studios in Hollywood. A dark and oddly restrained track, its live setting made it something magical; it’s a shame that a clunky pre-recorded studio version took its place on the album, with a misplaced guitar riff in the middle making it possibly the album’s only true misstep. HAIM are best when in a live setting, and the live recording would have been perfect on their sophomore record to demonstrate their growth and further solidify their undeniable talent.

However, continuing with the mellow, 70s summer vibes comes the title track and ‘You Never Knew’, both key contenders for some classic Este Haim bass face. Album opener ‘Want You Back’ combines this style with some classic pop production, transporting us this time to the 90s, and making for a strong single that has a cringe yet cool music video to boot. It seems these girls can do no wrong. This album has a stronger emphasis on theme, with many of the tracks being on the topic of break-ups and past relationships. Album closer ‘Night So Long’ is the perfect example of this, with the reverb-filled ballad singing of loneliness on the road and ‘saying goodbye to love once more’, and being the most gorgeous yet heart-wrenching ending imaginable for an album such as this.

However, HAIM don’t let the heartbreak themes make the album one chock-full of ballads and slow tracks. While quite a safe collection of tracks, the album is still pretty great. They may have been away for a long time but this seems to have given them occasion to grow and become even better at what they do. The tracks on Something to Tell You seem to verge more onto the side of debut album tracks ‘The Wire’ and ‘Honey and I’, with a warmer, far sweeter tone, but it is also interesting to note how they’ve stayed pretty much in the same box. They could have experimented just that bit more, gone further with their pop and R&B inspirations to create something far more alternative and unique, as they do on the album-standout ‘Walking Away’, which combines whispered vocals and a sparsely programmed beat to give them their biggest and best R&B moment to date. Their explorations have still managed to lead them to a solid follow-up to the momentous hype their first album created. Let’s just hope they don’t stay away for as long before their next LP.

If I had known this would be my last proper ‘drink’ before lockdown I would have no doubt stumbled home after a few too many passion rum punches instead... hindsight is a wonderful thing, eh? 🧡
🥂🥂🥂
I’ve spent the first two weeks or so of 2020 living with my grandma to avoid the dreaded flu, and tbh I wouldn’t change a thing. We’ve had lots of laughs, lots of little chats, lots of coffee and sweet treats and made up for lost time - I’m sad I’ve had to move out now! Love you lots, Phyl 🥰
Last night @canvasandglass_ won the BBC Worldwide Best New Magazine Brand award!!! 🏆 What an honour to be sharing this with some of the best friends I could have asked for, finding out our ‘zeitgeisty’ work has been recognised in such a cool way AND topping off a fantastic year of studying journalism 🤓💛💫 #cardifftrained
The most wonderful reason for a reunion! Congratulations Mr and Mrs Dyer, and thank you for letting us share in your special day 🥰✨ #moorenomore
The human embodiment of the 🤓 emoji
Excuse the incredibly pasty face on your feed (and don’t even get me started on those bags) but this is how happy I’ve been since about 3pm today when I handed in my dissertation, all about navigating grief in digital spaces. I’ve therefore completed my MA in Magazine Journalism, and my education! I couldn’t be happier. Although I’ve not slept much in the last few days while writing and editing it all - gotta love living on the edge - I’m so proud of the work I’ve done both in the last few days and throughout my year at @cardiffuni. Slightly strange to think five years ago a confused little fresher joined her student newspaper, and in the blink of an eye she’s completed an MA in journalism. Now, did someone say wine? 📝🤓🥂✨
A whole year of living with you and I haven’t gone mad (yet)!!! 😇
Always happy with a cocktail in hand 🍹