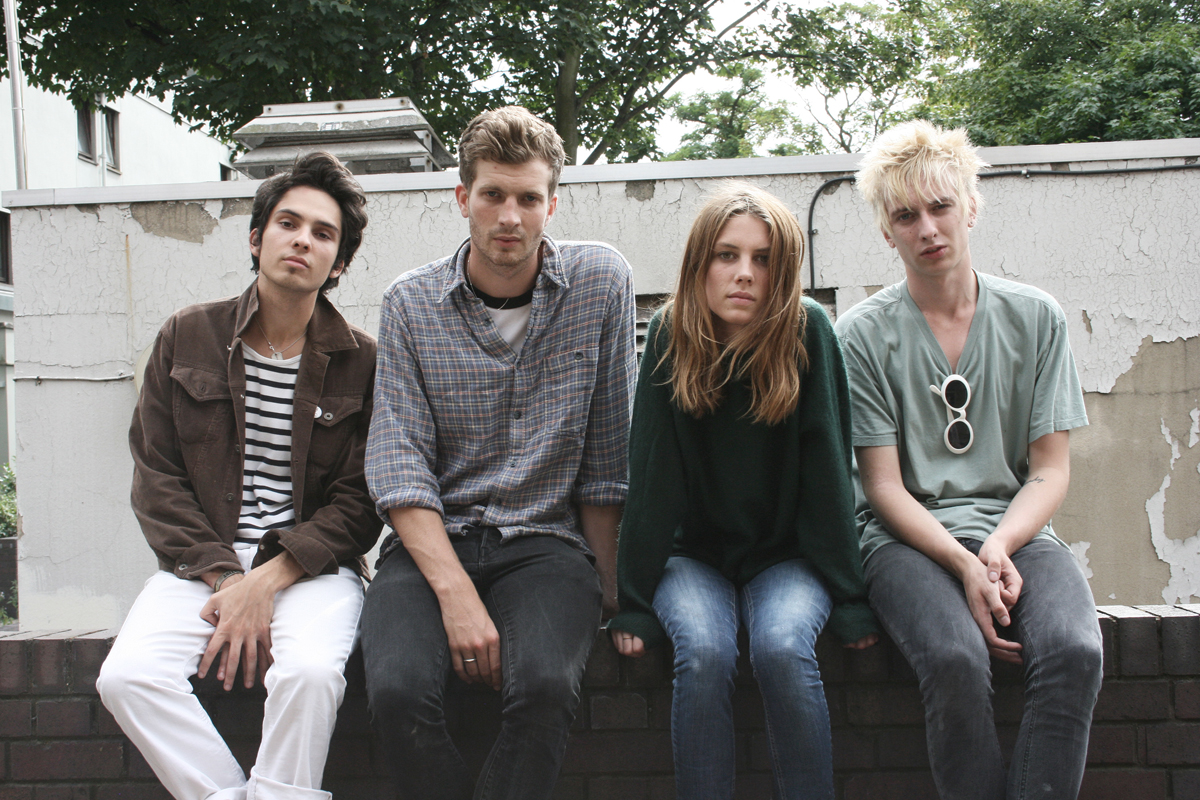 When you first hear the name Wolf Alice, it is hard to separate initial thoughts from the world of Angela Carter’s fairytales it was plucked from. My Love Is Cool plays out in a similar fashion, the band sticking to the themes of an uninhibited, wild youth but all the while with a refined and polished edge. Cool really is the word here.

The impressive thing about Wolf Alice is the way they can assume different identities and genres within each of their songs; their debut is a mixture of 90s grunge and dreamy indie pop. It is almost too difficult to pin them down to one exact signature style, which is what makes My Love Is Cool even more of an interesting listen. Opener ‘Turn To Dust’ is not exactly a bad song, but a weak one to open such a diverse track-listing, setting the tone for the rest of the calmer, more folk-tinged tracks on the LP instead. In a similar fashion, ‘The Wonderwhy’ and ‘Swallowtail’ are slow-burners, influence and inspiration from the likes of Foals and the xx all that more noticeable within these tracks due to their sophistication. ‘Lisbon’ is a particular example of such refined work, leading to a cacophony of drums and sing-along melody that will no doubt delight in live shows. The band marry dreamy melodies and sharp lyrics to piece this album together in neat fashion.

There are stand out tracks, a reworked version of ‘Your Loves Whore’ being subtle in delivery but being a track that you keep in mind long after your first listen; the refrain of “I can only love you more” really resonates with the listener. Another in particular is ‘Bros’, a previous Wolf Alice single written by lead singer Ellie Rowsell exploring deep friendship. ‘Bros’ is one of Wolf Alice’s signature songs, with Rowsell singing “Are you wild like me? / Raised by wolves and other beasts” to really hit home their native themes and feeling like an outsider within society.

Rowsell is the band’s symbol of cool, embodying it throughout the album with her ever-changing vocals; her voice is almost chameleon-like, from the pure and light within ‘Soapy Water’ and ‘Freazy’ (at times sounding like a Haim-inspired summer pop ditty) to crazy shrieks that allude to the wilderness of their namesake within brilliant track ‘Fluffy’ and fan favourite ‘Giant Peach’, the latter of which builds fabulously to a crescendo. The only problem for some listeners will be the absence of a definitive ‘banger’ as they say, the absence of ‘Moaning Lisa Smile’ or a song alike being felt when listening to the album in full.

Wolf Alice deliver a solid debut, although perhaps a tad too ambitious in straddling one too many genres. However, their blend of dreamy, polished indie-pop is something that will last for a long time to come and at the very least, they’ve found their niche. They’re certainly cool, that’s for sure, and their debut is nothing short of that.

My Love Is Cool is available to stream now, and is released on 22nd June.

You can pre-order here.

[Originally written for The Indiependent]