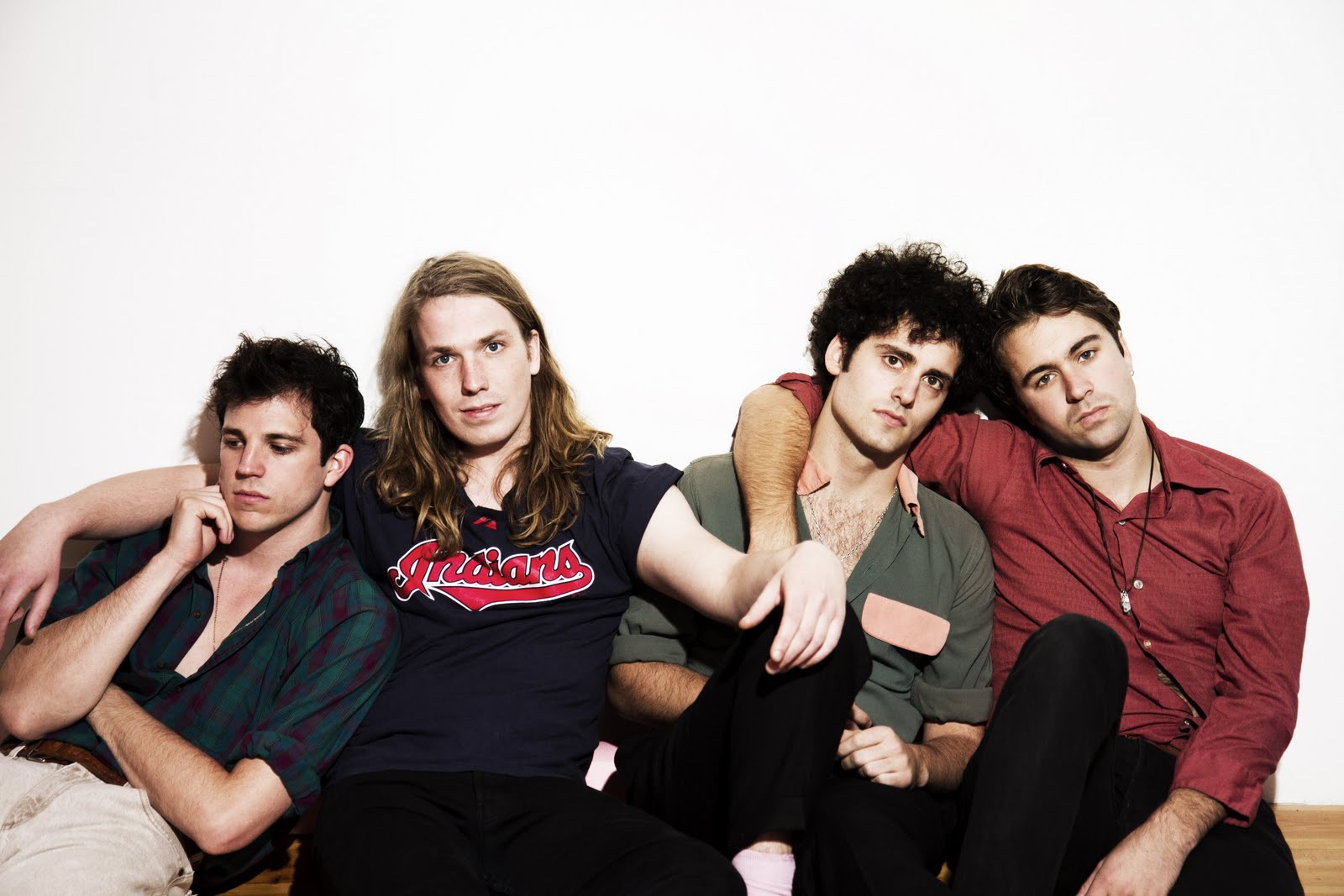 In the past The Vaccines have been seen as a band to encapsulate teen angst and rebellion, being the soundtrack to many a first festival-goer’s summer. However, it’s clear the West London boys don’t like to be defined by one genre, with their previous two LPs – What Did You Expect From The Vaccines? and Come of Age – both deviating slightly from the other’s sound. Certainly, English Graffiti does not disappoint in this respect.

Opener ‘Handsome’ rattles through in just over two minutes, essentially this album’s ‘Nørgaard’, with the Ramones influence being inescapable to the ears and striking the listener as a track that could just as easily have been lifted from their debut. Other tracks in the same vein are ’20/20′ and ‘Radio Bikini’, each laced with pop-punk style and high-octane drum beats that could definitely make whole festival tents jump and mosh in a heartbeat. ‘Give Me A Sign’ is a similar giant, pairing with ‘Handsome’ to show off The Vaccines’ talent of writing enormous, sing-along choruses. Second single ‘Dream Lover’ changes the pace of the album significantly, driving guitars and an enormously powerful 80s-esque chorus, prompting lead singer Justin Young to admit to Radio 1 DJ Huw Stephens that it is “the best pop song we’ve written.”

‘Dream Lover’ is just the first of many songs on English Graffiti to feature a heavy sense of dystopian science-fiction, with space-like elements giving their third offering a much more ‘adult’ and dreamy state of mind; the music video to accompany said song is no exception to this. The rhythmic synth and obvious electro-pop influence of ‘Minimal Affection’ adds to the eclectic track-listing of the album, with ‘Want U So Bad’ cementing this feeling with much more of an other-worldly and brooding quality. The melancholic nature of the record is most evident on ‘(All Afternoon) In Love’, adding more to the dream-like nature of English Graffiti and acting almost as a love letter to 10cc. ‘Maybe I Could Hold You’ follows on from this melancholic 80s-style theme, however with much more of a sensual tone.

This is The Vaccines’ most diverse album yet and illustrates to us just how much reinvention is key to a band like The Vaccines, if they are to keep making records and selling out tours. It also highlights the talent of the band; for whilst What Did You Expect From The Vaccines? is still heralded as one of the best debuts in recent years, they’re evidently not afraid to try something new and break out of their indie-rock shell.

English Graffiti is out today, check it out here.

[Originally written for The Indiependent]

Find what you’re looking for

Last night @canvasandglass_ won the BBC Worldwide Best New Magazine Brand award!!! 🏆 What an honour to be sharing this with some of the best friends I could have asked for, finding out our ‘zeitgeisty’ work has been recognised in such a cool way AND topping off a fantastic year of studying journalism 🤓💛💫 #cardifftrained
The most wonderful reason for a reunion! Congratulations Mr and Mrs Dyer, and thank you for letting us share in your special day 🥰✨ #moorenomore
The human embodiment of the 🤓 emoji
Excuse the incredibly pasty face on your feed (and don’t even get me started on those bags) but this is how happy I’ve been since about 3pm today when I handed in my dissertation, all about navigating grief in digital spaces. I’ve therefore completed my MA in Magazine Journalism, and my education! I couldn’t be happier. Although I’ve not slept much in the last few days while writing and editing it all - gotta love living on the edge - I’m so proud of the work I’ve done both in the last few days and throughout my year at @cardiffuni. Slightly strange to think five years ago a confused little fresher joined her student newspaper, and in the blink of an eye she’s completed an MA in journalism. Now, did someone say wine? 📝🤓🥂✨
A whole year of living with you and I haven’t gone mad (yet)!!! 😇
Always happy with a cocktail in hand 🍹
My best mate would be 90 today! Love and miss you so much, Grandad. There’s so much I wish I could tell you 🥳💘
Last night I met one of my writing idols, @laurajaneauthor, and it was probably one of my highlights of the year so far (as was reading her new novel which I devoured in like, two days). I’m a happy chappy 💚💛💖 #lastnight #inspo #happy
I have never walked so much on holiday... but it was definitely worth it 🌞👣✨