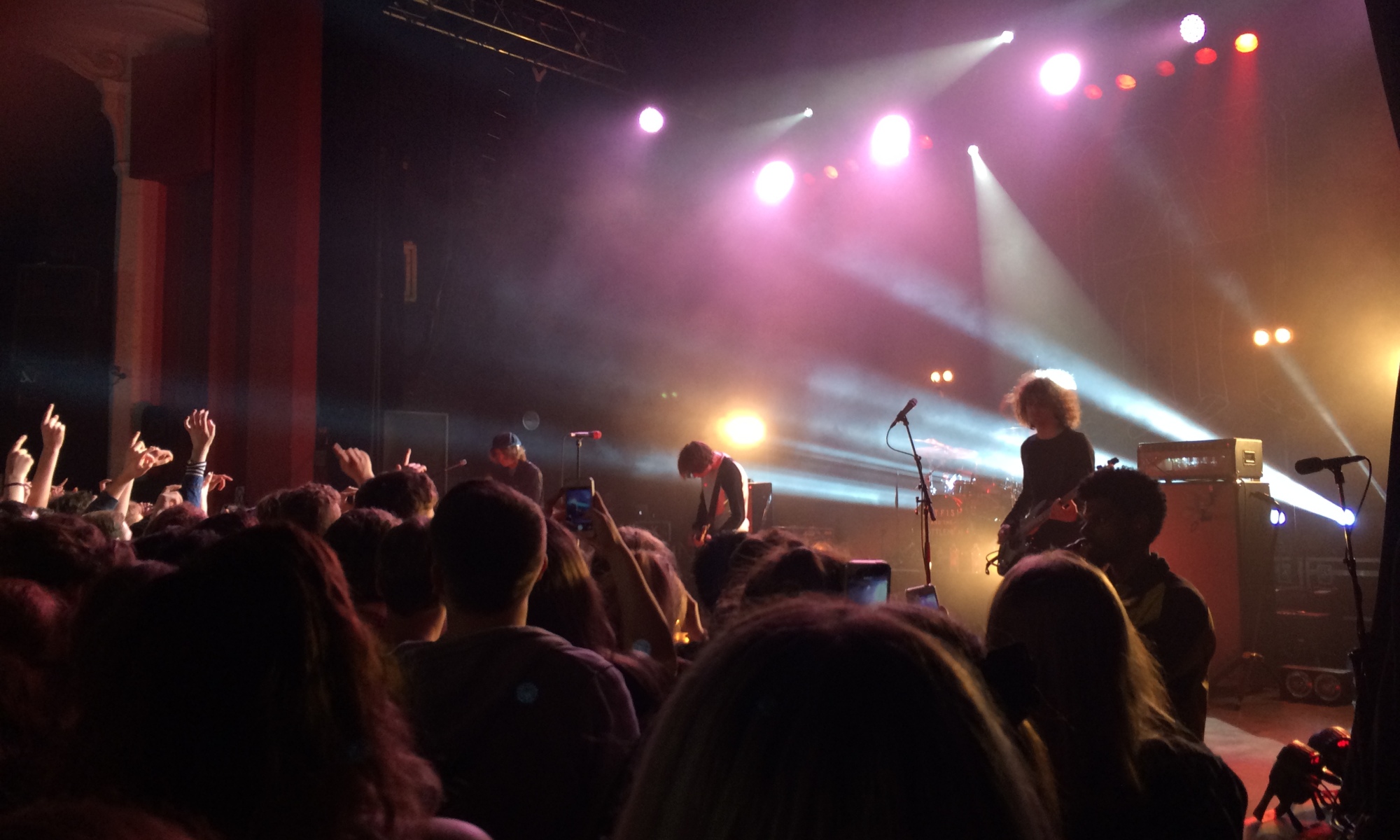 Headlining not one, but two nights at London’s O2 Shepherd’s Bush, the crowds were lining up outside in the rain for Welsh indie rockers Catfish and the Bottlemen on April Fools’ Day on their largest headline tour to date. Following support from northern band Little Comets, a puzzling choice for some seeing as they are a much more established act, the London audience were ready and waiting in numbers for that Pirates of the Caribbean theme to start and signal the start of the show.

Whipping through a tight set of just 12 songs (essentially their album tracklisting), the band had the crowd hooked from the get-go with opener ‘Rango’. In fact, the band didn’t let their fans stop for breath, with ‘Pacifier’ and ‘Sidewinder’ quickly following, people jumping and thrusting their fists in the air throughout. It was a wonder you could hear frontman Van McCann sing a word, with everyone in the Empire singing each lyric back with sheer volume and force.

It was a special night for the band, with McCann announcing early on that they had been told backstage their debut album The Balcony had just received a gold certification and they’d been given “the gold discs and shit” shortly before arriving on stage. The atmosphere was saturated with celebration, added to the “folks from the radio” that had turned up to watch the band play, McCann thanking them for playing their music and for making sure they were heard by so many of us.

Single ‘Kathleen’ was met with rapturous cheers, jumps and lots of dancing, before the band launched into ‘Homesick’ and ‘Hourglass’ to give the audience some kind of respite. ‘Hourglass’ was a particular highlight for me; not only is it my favourite song off their album, it further cemented the role of McCann as the band’s frontman and the talent he possesses. It was also a really sweet moment to hear the entire venue sing each and every word along with him.

The band ended in style, with album closer ‘Tyrants’ and a brilliant guitar solo leaving the fans wanting more, so much so that when the lights went up, I could still hear chants of “we want more” coming from the depths of the mosh pit.

It is clear that the only way is up for Catfish. With two sold out nights at Brixton Academy in November and “some new tunes” (and possibly a second album) on the horizon, I have no doubt people will continue to travel all over the country to see them live. It really is a treat.

If you haven’t already, check out Catfish’s debut album The Balcony here.